For the The Long Walk at “Prespes Walking Encounters’’ 2021, two exact copies of the yellow ‘’Caution’’ signs (The Yellow Immigration Sign was a U.S. highway safety sign warning motorists to avoid colliding with illegal immigrants darting across the road), were placed at Psarades Village near the Greek borders of Prespes. These Yellow Signs are depicting a man, woman, and girl with pigtails running.

The original signs were erected in response to over one hundred immigrant pedestrian deaths due to traffic collisions from 1987 to 1990. Immigrant smugglers adopted the tactic of dropping off their human cargo on the shoulder or median of the freeway prior to passing through the checkpoint. Once past the checkpoint, the smugglers would wait for the immigrants to rejoin before proceeding to the final destination. However, in order to avoid the checkpoint, the immigrants would have to cross the freeway to the southbound shoulder, many of them being killed in their effort to cross.

Uprooted from their original political context and deliberately planted in a space where on the one hand walking performances are being enacted/performed as part of the ‘’Walking Question Event’’ and on the other hand immigrants from neighboring countries might be carrying out walks to illegally cross the borders, the yellow signs are stripped bare of their intended seriousness and seem like irrational objects on the verge of absurdity but at the same time raising fundamental questions and awareness with regard to immigration and refugees, the dangers and prosecutions they face during the otherwise inconspicuous, routine act of daily walking. The project is a commentary on how border crossings can be transformed into confrontational and irrational conditions highlighting issues of freedom, trafficking and surveillance in contested geographical areas. The work on the one hand to raise awareness to the problem of the many people daily crossing borders and on the other hand to the actual act of walking which in this instance is transformed from a daily experience to an act full of dangers, prosecutions and most importantly, hope. An art performance with 30 artists from different countries took place the day of the Opening at Prespes. The artists marched from Psarades village until they reached the road where the signs were placed. There they stopped for a few minutes of silence before they continued their march. 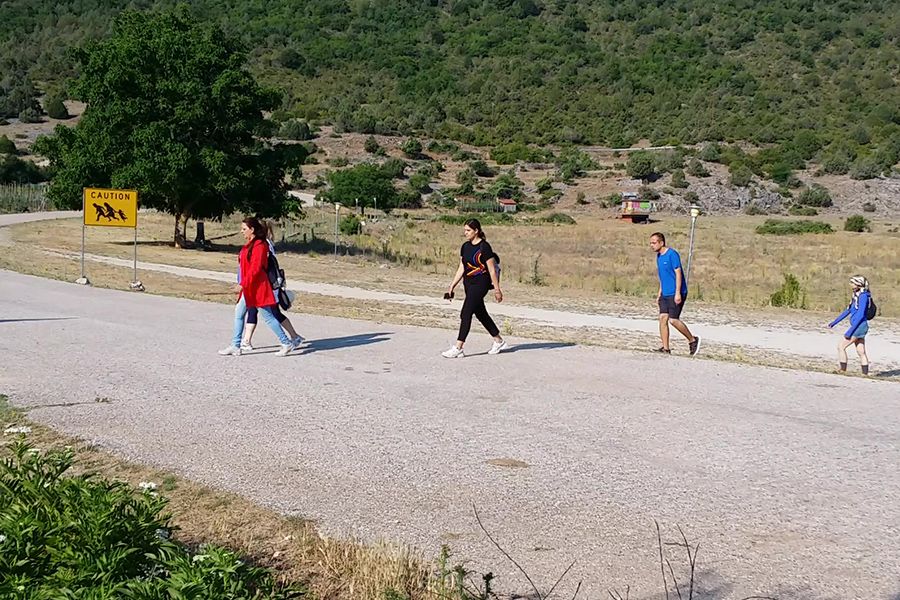 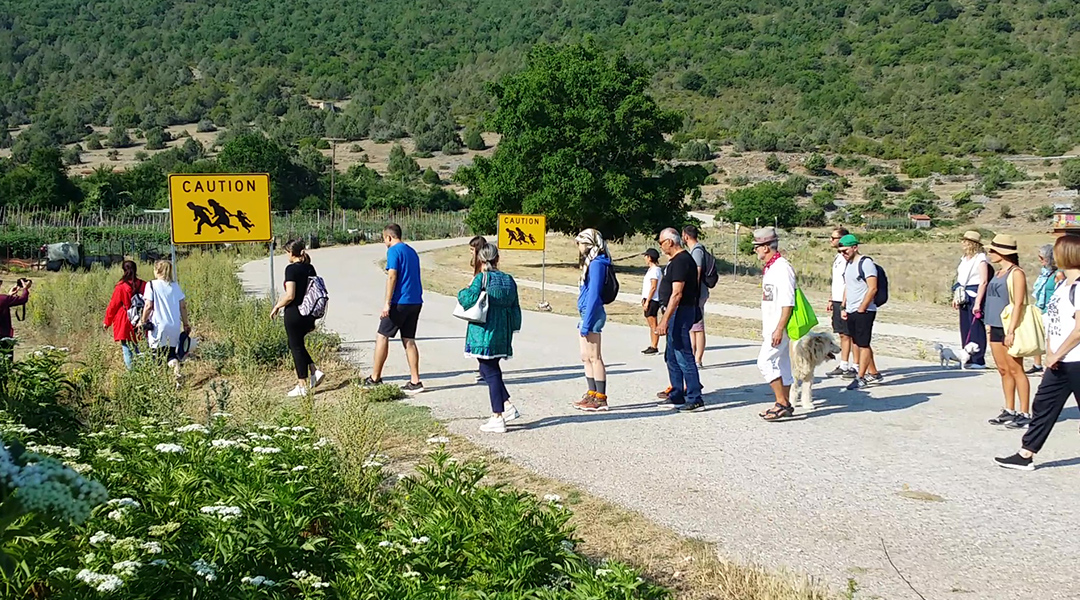 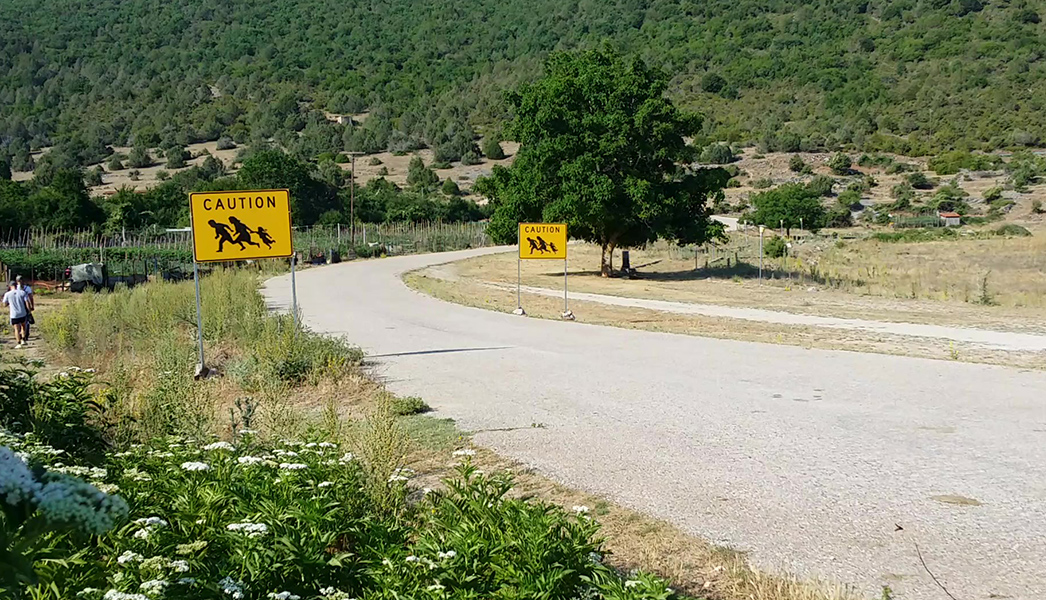